So this is basically right down the street from us. Our whole block has been cordoned off all morning.

A historic home on St. Charles Avenue burned in a massive 6-alarm fire Wednesday morning (Feb. 20), according to the New Orleans Fire Department. The house at 2525 St. Charles, known as a toasting spot during the Rex parade, is between Second and Third streets.

Three people inside the home, plus an elderly poodle, escaped the fire without injuries, according to the homeowners.

There used to be more than just one "elderly poodle" there.  At one time there were, I think, three very large attack poodles who would yell and scream at anyone walking too close to the fence as though Smithers might release them at any moment. This is getting a lot of attention today so probably everyone knows by now but the house has some historical significance.


The house was built in 1888 for John Morris, founder of the Louisiana Lottery, according to the website, Experience New Orleans. Anne Grace’s great-grandfather bought the house in 1906 and it became the Downman Mansion, famous during Mardi Gras as a toasting stop during the Rex parade. At least six generations of the Downman-Kock-Montgomery-Grace family have made it their home during the past 100 years.

There have been a couple of Rexes in the family. One in 1907 and the other in 2002. That's what the flags in this picture indicate.  I think the 1947 Comus flag refers to a queen since Comus is supposed to be a big secret and all. I could be wrong about that not being privy to the mysteries of the Mystick Krewe and whatnot. 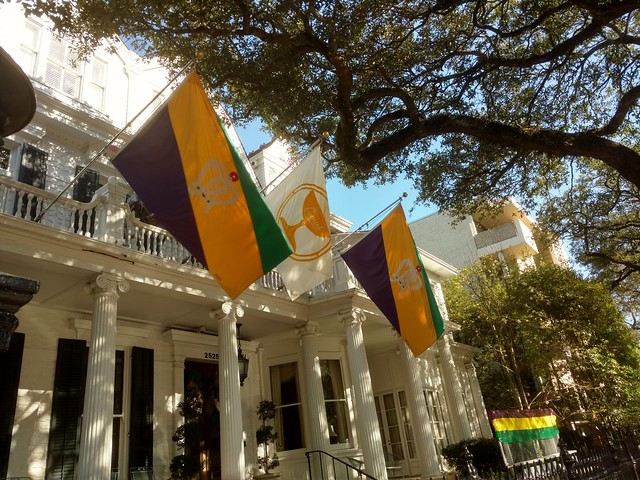 The house hosts a couple of big functions every year. There's usually some sort of party during the holiday season I've often thought about trying to crash just for kicks.  At Carnival time, there are reviewing stands out on the front lawn and the family hosts a couple of large parties. On Tucks Saturday there is usually a crawfish boil and a band on the porch. 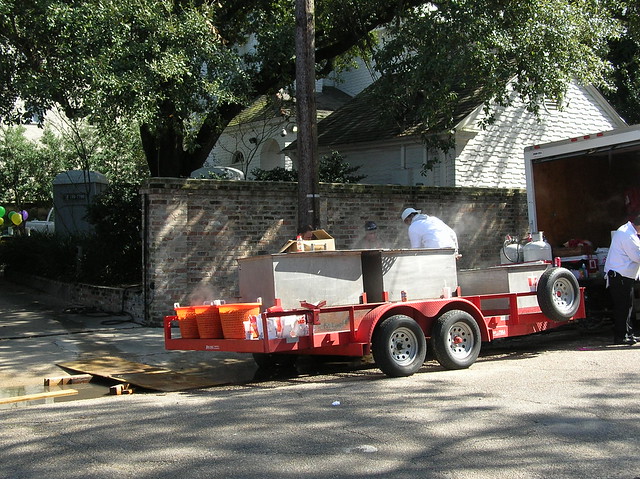 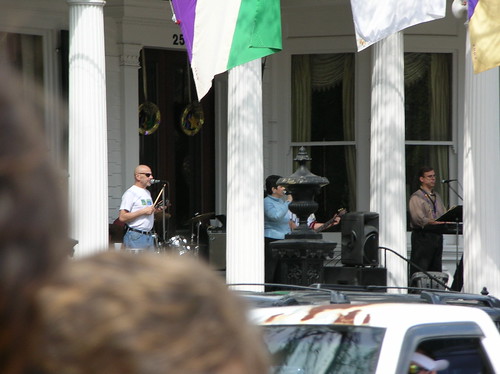 And, of course, there is the party on Fat Tuesday when the Rex parade crosses to the wrong side of the street so it can stop in front for a toast. 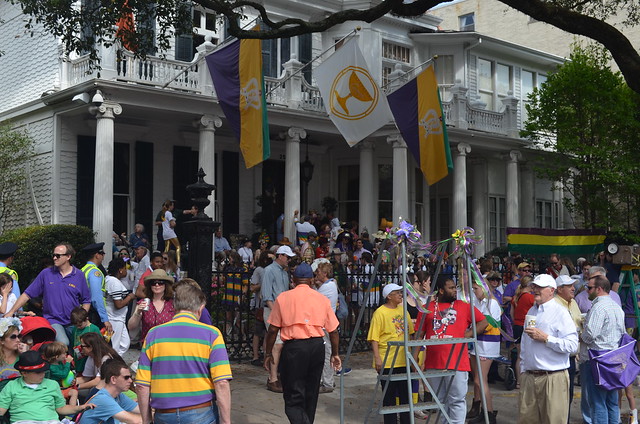 This has been pretty convenient for us over the years because it holds up the parade long enough for us to get back from watching Zulu come up Jackson.  By the time we get back, Rex is there waiting for us. 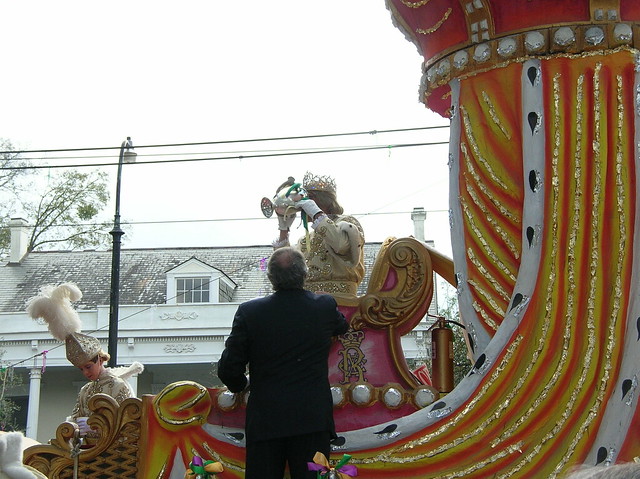 Anyway the good news is it sounds like nobody was hurt in the fire. But they're also saying the house appears to be a "total loss."  And Mardi Gras is just a couple weeks away so it's really bad timing for everyone.
Posted by jeffrey at 2/20/2019
Email ThisBlogThis!Share to TwitterShare to FacebookShare to Pinterest
Labels: Carnival, downman house, fire, Mardi Gras, New Orleans