Year of the Jaguar 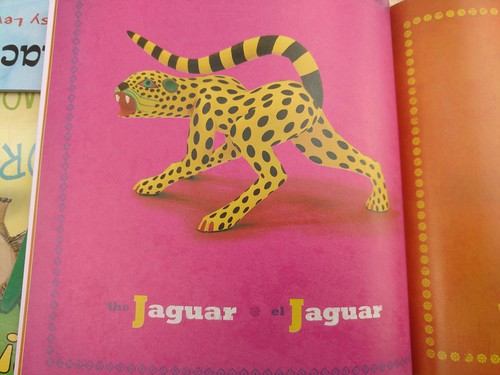 Nobody knew he could do it.  The enclosure was built according to well established standards. Those standards were "met or exceeded" according to a recent certification.  Everything in the book said he shouldn't have been able to do it. And the book was very thorough.


The Audubon Zoo was last accredited following an inspection last fall, Vernon said, though he declined to release that inspection report. To pass, Vernon said, the zoo must show it meets or exceeds minimum standards. For jaguars, those standards are spelled out in a 128-page manual.

The manual includes specifics on the thickness and width of steel wire barriers where they are used, though it also says that, “If possible, institutions are recommended to completely enclose the top of any jaguar enclosure.”

It is possible, or likely, the zoo officials are overselling us on their preparations.  But let's take them at their word.  Their plan to contain the jaguar was solid. It was certified.  But this jaguar, as is often the case with elite athletes, was just a bit too much to handle.


Pound for pound, jaguars have the strongest bite force of any big cat in the world, as well as “excellent jumping and ambush capability,” according to the manual.

“A major risk to jaguars is the failure to use suitable materials to contain the animals. Jaguars often grasp mesh with their canine teeth, over time damaging or breaking them entirely. … Single-strand wire mesh types like chain link or welded wire can be compromised by animals biting and pulling them apart.”

The cage was made of a woven steel cable that was supposed to handle that rough treatment.  It wasn't good enough on July 14 to handle Valerio, a three year old Jaguar whose name is derived from a Latin root meaning strong, healthy, or worthy.  On that day he was all of those things. Nobody knew he could do what he did. Days later zoo officials were still in awe at what had happened.

We had a lot of ground to cover in this obligatory year in review show. Naturally we covered almost none of it. But we did get some time at the end to talk about the tragic hero of the year... if not the spiritual embodiment of our age.

Most compellingly, it is about the surprising power of the will to freedom to defy these forces.  But also it is a cautionary reminder of the tragedy almost certain to result from such defiance.  Our capacity to resist that which oppresses us is limited by our failure to see beyond our individual enclosures and find solidarity with our fellow wretches.  So long as this remains the case Valerio's fate and the fate of his animal comrades is our fate.   Perhaps in 2019, we'll finally teach the jaguar how to find Ron Forman's house.  But we probably won't.  Happy New Year. Anyway, here's Wonderwall.