It's not clear from these statements exactly why Xavier Prep is closing. One assumes the usual reasons; low enrollment, money, etc. In any case a nearly hundred year old institution and a landmark of an Uptown neighborhood is shutting down. Obviously the only thing to do now is wait to see which developer will convert the school into luxury apartments and "boutique" retail space conveniently located on the "Magazine Street Parade Route."

WWLTV cites here some of the school's notable alums.


Xavier Prep has educated generations of local African-American and minority students since opening in 1915.  It opened as a coeducational school but became an all-girls' school in 1970.

Located on Magazine Street, the school was founded by St. Katharine Drexel and the Sisters of the Blessed Sacrament, who also founded Xavier University.

But most New Orleanians with no personal connection to the school are familiar with its marching band as an annual Carnival institution. 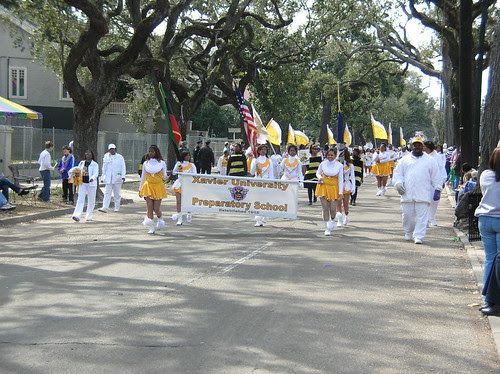 In 2006, Xavier Prep took in students from Katrina-damaged St. Augustine High and St. Mary's Academy to form what was called the M.A.X. School that year.


While Xavier Prep’s campus housed the students, it was the smallest of the three campuses so only a an allotted number of students attended. Faced with a small space and a lot of students, the MAX still flourished even if only for the spring semester. It managed to send its class of 2006 into the world, and unite its underclassmen in a way that had never been done before.

Naturally, the MAX school had a band. 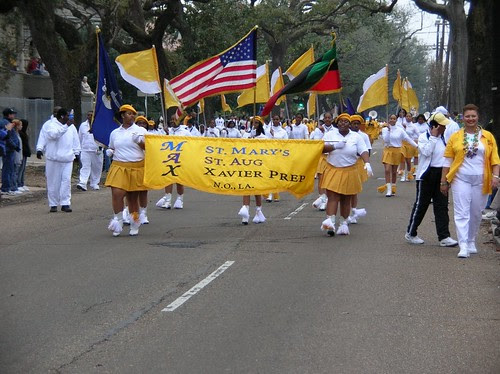 I watched it debut in the Krewe Of Carrollton parade that year.  I remember the two cops on the corner watching the band with us were ribbing each other.  Apparently one of them was a St. Mary's alum.  As the band approached, her partner teased, "That sounds like a Xaaaavier Prep band to me!"  In the future no one will be able to claim they can tell you what that sounds like.

Fortunately, I managed to get this video of the MAX band passing.  Sorry about the grainy video. It was way back in 2006, after all, so I had trouble getting the hand crank on my 16mm Cine-Kodak to turn.  The sound is okay though.  Maybe even Xaaaavier Prep quality.