Mostly because of their friendly-sounding name and also because of their longevity, the so-called Alliance for Good Government's endorsement is always a highly sought-after prize during election season. Tonight the "Alliance" is applying its renowned candidate vetting interrogation to District B City Council hopefuls  and Uptown Messenger is there to witness the revered Good Governance examination in progress. Let's look in now via the "live blog."

(Note: The "Alliance" is also choosing candidates in other municipal races but Uptown Messenger is concentrating on the... well... the Uptown race in District B)

First question: If someone calls your office with a pothole growing and growing, what do you do?

Now we know the candidates may be tempted to answer, "Evacuate the area immediately!" But, keep in mind, this is a hole "growing and growing" in Orleans District B not in Assumption Parish. Still, not many people understand just how tricky this question can be. See, in District B, a pothole can, yes, grow and grow. But also, it can present itself in a stunning array of fashions. Prospective councilors may be confronted with a hole dressed in an orange cone, 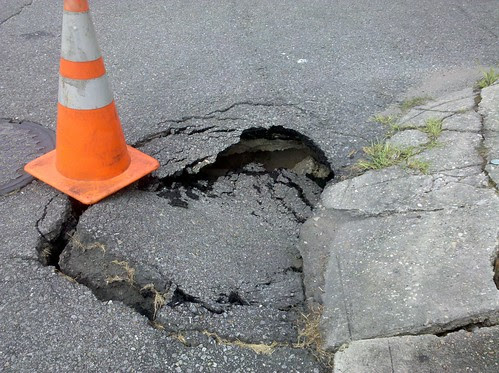 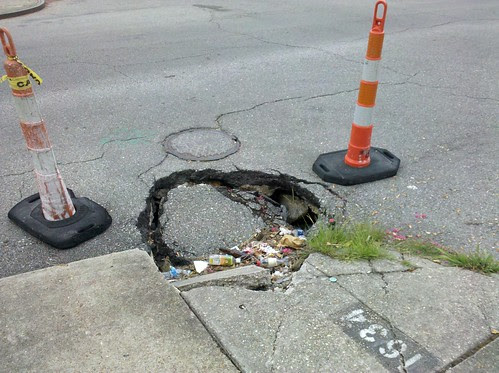 Or three with a little police tape 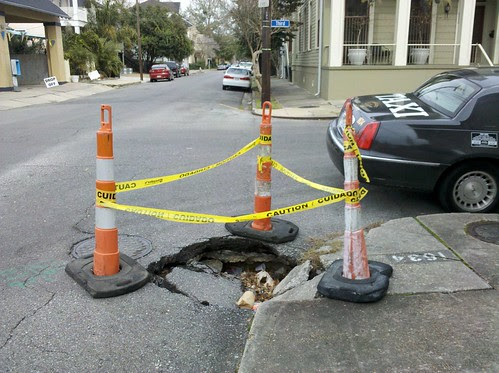 Or one again but with more tape and an abandoned futon 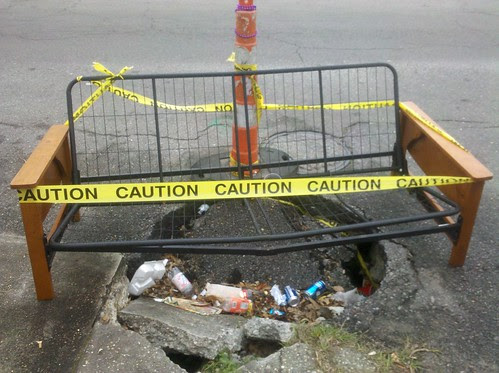 Or a big barricade on top and filled with bricks 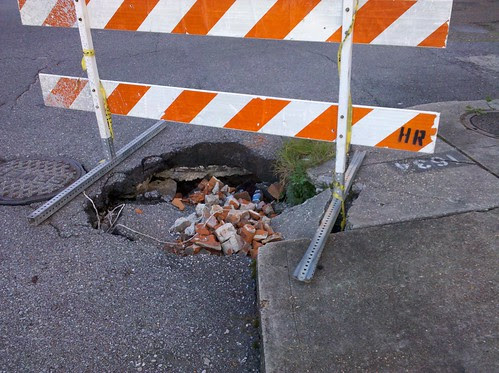 Or none of that stuff and a single grocery cart instead. 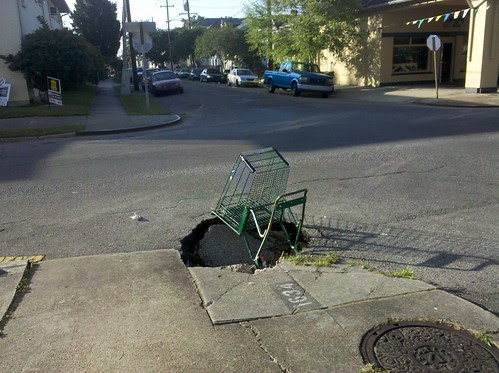 So suddenly the problem seems a bit more complicated than at first glance. What the successful candidate will know, though, is that this is a trick question. The answer, as it happens, is the same in any of these cases because 1) It's all just the same hole. And 2) If you just wait around and do nothing for.. say.. 2 years, eventually an attractive shrubbery grows in and the problem takes care of itself. 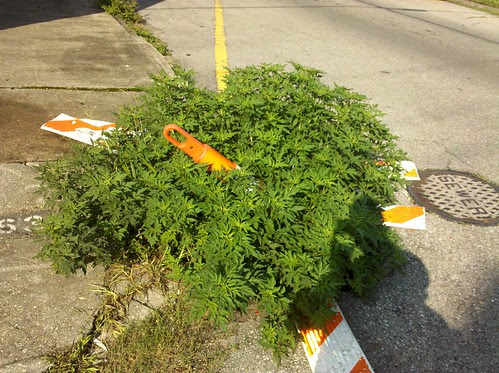 Next question: What would you do about the Inspector General's office?

Fradella thought he was part of a $650 million project restoring the hulking former Entergy power plant on Market Street and turning it into a riverfront tourism and shopping attraction. One explosive email came out in the bankruptcy case of the project’s developer, Market EntStreet Properties.

A person involved in the project, Stuart “Neil” Fisher, sent an email to a business partner in May 2010 encouraging him to finalize a deal to sell the property to Chinese investors. Fisher’s wife, Tamara “T.J.” Fisher, owned half of Market Street Properties.

Neil Fisher’s email notes that another team of developers who controlled the other half of the property was “putting pressure on former Mayor Ray Nagin to talk to (Fisher) about structuring a deal with their company.”

“Nagin, of course, would get a piece,” Fisher wrote.

Oh dear.  Okay well, maybe we'll come back to that question later.  We've only got so much time, you know.  Next question.

Next question: What will you do to repair roads?


Wait. Didn't we just do this one? How is this different from the pothole question? If you can pretend you know, the Good Governance Seal Of Approval is yours.  Probably.

I mean, those were apparently the only three questions so that's got to be the trick. Unless this is all just a farce by which an old club of establishment business mucks make everybody come kiss their asses for a while before they just go ahead and pick one of their own anyway. But that can't be it because, then, why would anyone give a shit, right?


Oh I see.  Well, thanks for playing anyway.

Update:  Following along on the "live blog" I missed the fourth question in this inquisition.  Uptown Messenger relays it here in its write-up of the evening.

The final question, about the budget process, also drew differing answers. Cantrell said she would begin the process sooner with her own meeting for District B residents, not just the one led by the mayor. Horton said that, coming from outside the process, he would analyze it and listen to his constituents. Strachan proposed a searchable, electronic budget document for the public, and also said the budget is an example of an issue on which he would try to promote more camaraderie and less strife among the council members. Kaplan suggested better comprehensive planning on issues such as criminal justice, and also described a proposal for innovative programs and new models.