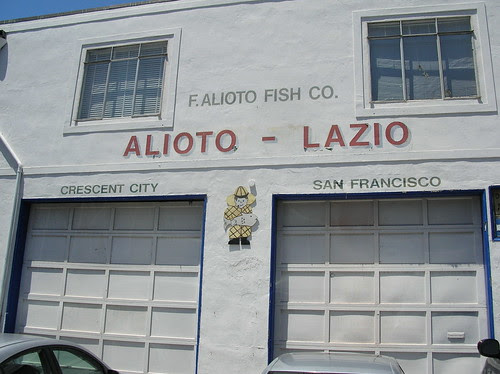 What is a city, really, if not a luxury product?


Through the combined efforts of local real estate agents and residents eager to stake out their own patch of the city, the neighborhoods and districts that have defined San Francisco for generations are being trimmed and tailored into ever smaller, buyer-friendly niche communities.

Neighborhoods, I believe, have soft, porous geographies defined and named best by those who live there. They are deeply revealing of history, culture, and group viewpoints, and vary complexly over time. Understanding them requires a healthy dose of postmodernism: a willingness to question the received wisdom, come to terms with uncertainty and ambiguity, and accept the possibility of multiple truths. You can learn a lot about this city and its people by adopting that mindset.

These San Francisco place names aren't "deeply revealing of history, culture, and group viewpoints." As "buyer friendly" brands carved out by real estate agents, they're actually the opposite of that.


For folks looking to sell property, there's the hope that a friendly name or boundary change can add to the size of a hot community or transform a neighborhood with a sketchy reputation into a magnet for new renters and home buyers.

The fact that many of the changes are aimed at neighborhoods with a heavy minority presence isn't lost on the people who live there.

Last month, for example, Supervisor Malia Cohen complained that the first new housing project carved out of the old Hunters Point Naval Shipyard is being marketed as the "San Francisco Shipyard," with all reference to its heavily African American community edited out.

The new names are designed specifically to obscure a city's history in order that they may be sold anew as if from a "blank slate."

I live on Carondelet Street in an area that can best be described as on the porous cusp between the Garden District and what people my age came to know as "Central City."  Varg might call it "the shooting side" of St. Charles.

A couple of years ago I met a real estate agent at a party who happened to have been trying to sell the house across the street from me. I thought this was a neat enough coincidence so I went into a long talk about how much I enjoy living in Central City.

And, of course, this is a subjective matter.

I know of only two legal definitions of the boundaries of the Garden District. According to "the 73 official neighborhoods" map,  St. Charles Avenue is the border.  On the other hand, the Garden District Security taxing district extends to Carondelet.  There is a business at the corner of Third and Carondelet which used to call itself "Garden District Laundromat" 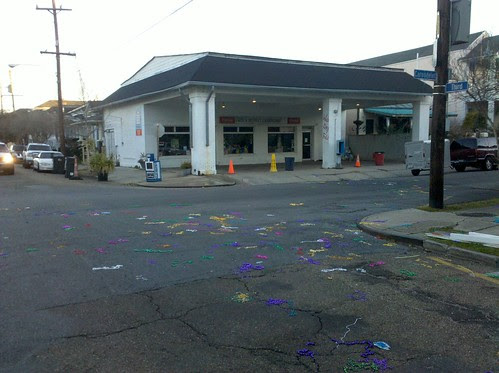 But it has since given up that name. 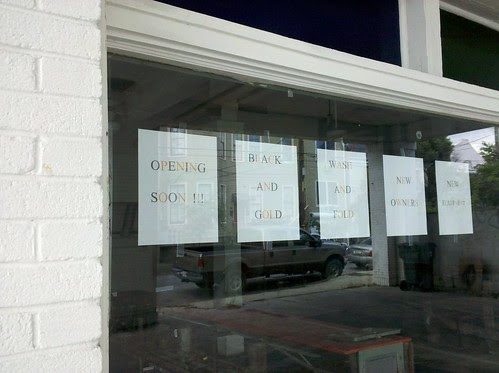 I've been there in the same beat up apartment in this neighborhood for almost 15 years now. I think it's comfortable, convenient to work and to downtown, and, most importantly, still affordable. I enthusiastically explained all of this to the real estate lady while continually pointedly referring to the area as "Central City."  She corrected me a few more times but I kept on doing it.  It was like I dragging down her sale price with every repetition. Eventually she got annoyed and stopped talking to me.

The house sold for almost half a million anyway so I can't imagine what she might have been worried about.  The other day, I noticed the multi-unit building next door to that one is up for sale now.  In recent years it has been available to short-term renters via Airbnb.

As for the rest of the neighborhood, it's looking up as well.  Two years ago some folks put together a new neighborhood association under the retro place name "Faubourg Livaudais."  If I happen to run into whoever is handling the sale I'll be sure and ask if the new nomenclature helps with the "buyer-friendly" branding.
Posted by jeffrey at 3/24/2014
Email ThisBlogThis!Share to TwitterShare to FacebookShare to Pinterest
Labels: gentrification, New Orleans, San Francisco

Just to clarify, the laundromat is still a laundromat. It has changed ownership and with that its name. It went from being called "Garden District Laundromat" to "Black and Gold Wash and Fold" and in doing so maybe loosened the case for that corner fitting into the Garden District in the popular imagination.

Also, "Lower Garden District" is a newish appellation given to an area roughly between Jackson Avenue and... maybe Race Street.. or Calliope depending on who you ask. But I have a hard time fitting the corner where you stayed into that neighborhood at all.

Oh and yes it's a terrific spot for Carnival.