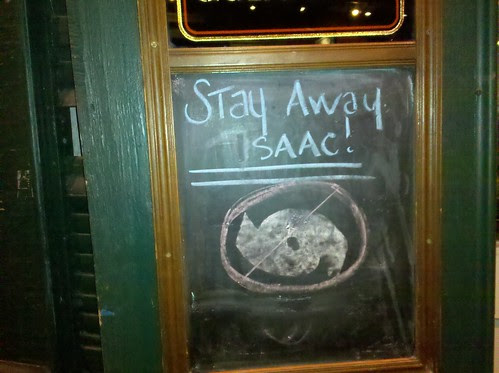 One year ago today we were all hunkering down and getting into "battle rhythm" and stuff as local officials plied us with press conference after podium packed press conference in advance of Hurricane Isaac.

It was all big fun until the power went out and then stayed out for days afterward forcing New Orleanians to relocate their hunkering operations to the nearest generator-powered barroom until further notice. 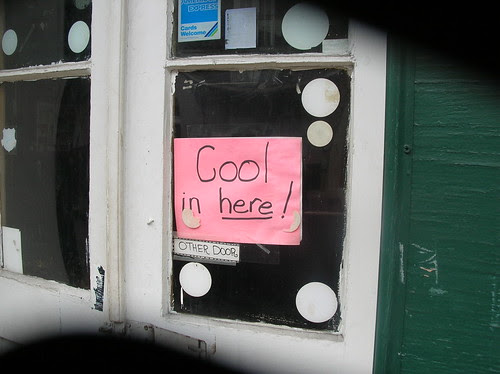 
In Braithwaite, where everyone had water up to the ceiling, people waited on roofs and on the Mississippi River levee for rescue, many with children and pets in tow. Two people drowned in Braithwaite, among five in Louisiana who lost their lives.

Parts of Braithwaite had flooded during Hurricane Katrina in 2005, and the community was left outside the new, post-Katrina system of federal levees and floodwalls. Yet despite its devastation and perilous location, hundreds of families have returned to Braithwaite’s still-ravaged landscape.


The damage caused by Isaac was surprising given the relative weakness of the storm.


Though a mere Category 1 storm, Isaac lingered along the Louisiana coast for days before making landfall near the mouth of the Mississippi River on Aug. 29, 2012, bringing an outsized surge with it. The storm’s size and path pushed much of that water into western Lake Pontchartrain and right into St. John Parish, which has no lakefront levees.

The water took residents by surprise — not only was Isaac seen as a relatively minor threat, such extensive flooding had never occurred in St. John. Many parish residents theorized that the $14.5 billion in improvements made to the New Orleans-area levee system after Hurricane Katrina left the surge nowhere to go but LaPlace. But a post-Isaac review by the U.S. Army Corps of Engineers found that the improved levees in the city “could not have significantly influenced” flooding elsewhere.

The new levee system may not have left outlying areas more vulnerable (according to the Corps, anyway) but the unchecked destruction of the Louisiana coast certainly has.

You may have noticed Governor Jindal on (yet another) major national media tour this week.  He talked to David Gregory about school vouchers and advised Politico that racism happens because minorities don't try hard enough to be whiter. No national outlet asked him to comment on the SLFPA-E's lawsuit against the oil and gas industry, though. And he certainly didn't volunteer any opinions.

Last night at the District D Community Budget Jambaroo, Harry Shearer asked Mayor Landrieu to comment on the lawsuit.  Shearer didn't stick around to hear the Mayor's response. (The sessions are formatted such that all of the questions are presented before the Mayor begins responding so this could have taken a long time.) Mitch used this as a convenient excuse not to answer.


Landrieu: "Harry Shearer, where are you?" Shearer apparently left, so Landrieu isn't going to say whether he supports the levee board lawsuit. Though I don't think Shearer was asking just out of immediate, personal curiosity.

It's curious that neither the Mayor of New Orleans nor the Governor of Louisiana care to use their most visible platforms to address current developments regarding the greatest existential threat to the entire region.  But they are politicians and we know they don't like to do hard stuff  if they don't have to (especially when it involves crossing the oil industry) so we're kind of used to being disappointed by them.

What's more interesting is the reticence of prominent environmental groups to take a stand on the lawsuit.


With three of the nation’s largest environmental groups working out of local offices to help save Louisiana’s drowning coast, it seemed only a matter of time before they voiced support for the Southeast Louisiana Flood Protection Authority - East’s lawsuit against oil and gas companies for damages to the region’s wetlands. After all, green groups have been criticizing the state’s cozy relationship with oil and gas for decades. Finally, here was an official state body making an historic break with that tradition.

Yet three weeks later, the National Wildlife Federation, the Environmental Defense Fund and the Audubon Society remain silent on the lawsuit.

Hurricane Isaac caused damages estimated in the billions of dollars last year; far in excess of what we typically believe a Cat 1 storm capable of.  In the city itself, despite the extended power outage and substantial property damage, memories of Katrina rendered the experience largely forgettable by comparison.

But the real takeaway form Isaac is that coastal loss has rendered all of Southeastern Louisiana far more vulnerable to even a minor storm than ever before. It would be a shame if we allowed the fact that metro New Orleans remained mostly dry to cause us to ignore this threat the way the people in charge appear to be ignoring its possible remedy.

Update: Apparently Shearer got some sort of response from the Mayor.  I don't know where or when yet but Shearer tweeted this this morning.

Mayor Landrieu on Levee Bd lawsuit against oil co's for damage to coastal wetlands: "People should help clean up what they mess up.".
— Harry Shearer (@theharryshearer) August 27, 2013