How many "bad apples"? 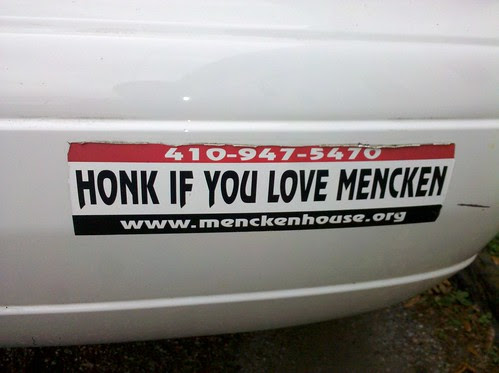 One of the interesting things about the Perricone reaction is this apparent consensus among the many many columnists and commentators which assumes Perricone's general attitude to be an aberration in the US Attorney's office; that we shouldn't take a serious look under Jim Letten's hood based on Perricone's obnoxiousness.

I have no idea what this supposition is based on. Frankly I'd find it difficult to believe that the aggressively politicized, sexist, and even violent impulses Perricone's own comments reveal that he brought to his job were somehow unique to Letten's Hall of Virtue. Indeed, Moseley, in examining Perricone's interactions on NOLA.com, finds at least one additional commenter he suspects may have been a fellow prosecutor.

Determining online identities isn’t brain surgery. For example, in that same thread a commenter named irishjean wrote, “You obviously didn’t know [Volz].” Which is another way of irishjean saying, “I knew Volz.” After a quick review of irishjean’s comments, I’d bet irishjean knew or even worked with Perricone and Letten. Irishjean certainly sounds like Perricone, with the same cheerleading for Letten, focus on legal stories, and right-wing politics. This stuck out like a sore thumb and I wasn’t even looking for it. It’s a random example, but it shows that most commenters don’t strain to cover their identities on messageboards. It doesn’t require much sleuthing to narrow down the list of their possible identities.

I've read several lamentations about the damage Perricone's activities might have done to the image of Letten's office in the public mind. But if the image conjured is, in fact, a more accurate one than what Letten's fans in the press tend to cultivate then what will we have lost besides a distorting illusion?

Jarvis Deberry turned in his obligatory Perricone column today and in it he hits on this point.

Perricone seems to have spent a great deal of time making online comments, but the time he spent isn't as disturbing as his refusal to be satisfied with the tremendous power he already had as a federal prosecutor. Perricone possessed the power to put people on the path to prison. The feds routinely convict or convince to plead guilty 90 percent of their targets.

That not enough for his ego? He needed something more? He had to go incognito to publicly belittle the subjects of investigations?

In essence, that makes Perricone no different from those he sought to nail on official corruption charges. Isn't that what characterizes the corrupt politician: discontent with the prescribed amount of power? A push for just a little bit -- or a whole lot -- more?

US Attorney is a political office and a terribly powerful political office at that. Shouldn't it be subjected to the most terrible scrutiny as a result? Instead I get the impression that an effort is being made to quarantine this one "bad apple" and defend the rest of the office without giving so much as a thought as to what his presence there might imply?

Moseley says he isn't too interested in learning the identity of the supposed leak who fingered Perricone for Fred Heebe. Of course it could always just be Jeremy Shockey again but shouldn't the possibility of a Heebe collaborator in Letten's office draw at least a little curiosity? It's a particularly compelling question now that we know Aaron Broussard had one too.

A high-level member of the U.S. Attorney's Office in New Orleans was one of dozens of people on a Lake Tahoe ski trip that prosecutors now describe as an illegal fundraiser for former Jefferson Parish President Aaron Broussard.

Fred Harper is the deputy chief of the criminal division of the office, which is led by U.S. Attorney Jim Letten. He acknowledges making the trip about 10 years ago, but denies any knowledge that the outing -- an annual event -- was, in fact, a political money-maker.

Veritable paragons of virtue and good judgment, this team of Letten's is turning out to be.
Posted by jeffrey at 3/23/2012
Email ThisBlogThis!Share to TwitterShare to FacebookShare to Pinterest
Labels: Aaron Broussard, Fred Heebe, Jim Letten, media, New Orleans, Sal Perricone